He was an amazing performer and musician. He can’t be topped. He had the best selling record worldwide of all time and no one has ever come close. In this day of downloading and ripping CD’s, I doubt anyone ever will.
Michael Jackson and I go way back. Maybe not as far back as others have gone, but far enough. My first memory of MJ was when Thriller came out. I was about 5 years old and too young to watch it without getting nightmares. It took me another 5 years to gather the courage to watch it alone. I have a old memory of finding my older sister Stephanie's Thriller LP album cover and setting it up on my nightstand as a poster. My next memory is of Stephanie’s lifesize poster in her bedroom. He had on the yellow vest and had a curl. He was so cute. And more than that, the man was just plain coooool.

(His lean was waaay hot before Matrix made it hot) 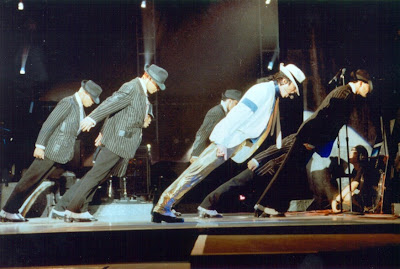 In 1999, I had the opportunity to intern in France for the summer. While I was there I learned that MJ was having a benefit concert in Munich, Germany. I bought my ticket and hopped on the train and joined the thousands of fans from all over the world as we witnessed a bit of history. That concert tour was called “What More Can I Give”. There I also had the pleasure of seeing Luther Vandross perform as well. I even made a sign that had the USA flag behind the words “We Luv U 2”. I did’t want him to think his American fans had forgotten him (some people thought I meant the band U2, which was kind of frustrating. I thought the message was clear, but I guess not). Michael is the reason that I met a wonderful French girl by the name of Celine that summer. We bonded over MJ's music and she told me that she first learned English by listening to MJ's lyrics. We saw each other for the first time since 1999 in October 2007 when my family and I went to Italy. It was a wonderful reunion and I cherish the memory. This is just one example of how MJ has brought people together all over the world.

I have posters, buttons, magazines, even a wallet that I bought for about 3000 lire (which was like a dollar back then) in Italy. I have a Michael Jackson watch and plenty of T-shirts. One with the infamous tippy toe feet. That one is cool.

Words cannot express what his music has done for so many people. I guess that's why so many fans showed up at his hospital, and the Apollo, and his Neverland ranch in California. Regardless of all the other hoopla that occurred over the years, only God judge him now. But, rest assured that we’ll miss the music Mike. We’ll definitely miss the music. 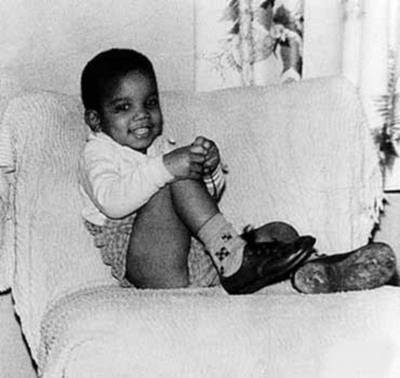 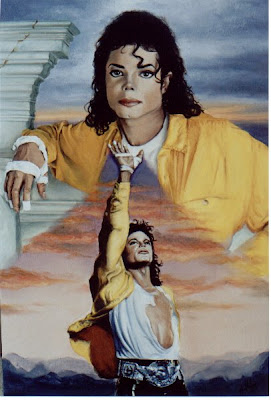 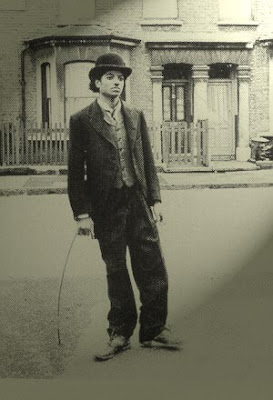 Great tribute. I gotta say although I loved Michael's later music, my all time fave was "Wanna be where you are" by the Jackson 5.
To this day still can't get enough.

Congrats on the baby, btw. My youngest son was due Nov. of last year but made is grand appearance Oct. 29th. 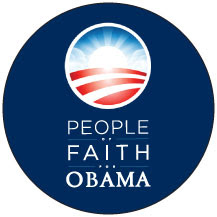